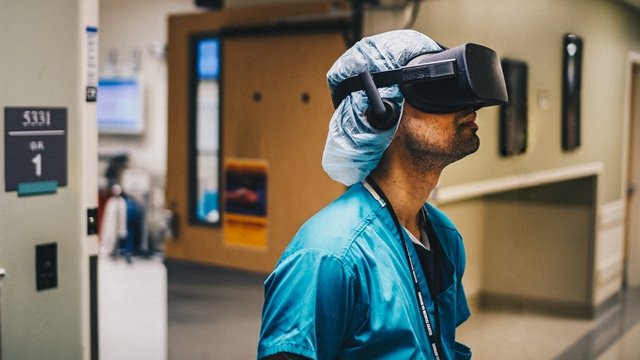 Beth Israel Deaconess Medical Research Center researchers conducted a study. PLOS One published this study. The medical center is in Boston. The result of the study stated that virtual reality immersion helped in surgery. It is hand surgery, to be very precise. Patients need less anesthesia with no adverse effects.

The eight-month trial had 34 patients. The virtual reality group had less intake of anesthesia than the other group. The VR group had VR headsets and headphones. The headset’s goal is to bring calmness. The patients also had a chance to go into meditation.

Hand surgery requires special anesthesia of the region. There is anesthesia during the surgery as well. But overdose of anesthesia can lead to problems. Virtual reality can be a life-changing tool for many. It can also distract the mind of the patient. And thus, the patient receives less anesthesia.

The study also presented some of its shortcomings. The patients using a virtual reality headset know about the less dosage. This can make the condition verse. Some other kinds of bias are also present here. The selected patients for the study may or may not represent the whole population.

There were other factors at play that could lead to biased projections. Such as, providers in the study were not blinded. This can make this study less powerful. We may need more such studies to confirm the result. But still, we get an idea about the usage of anesthesia with or without distractions.

Extended reality continues to be in use in various forms in hospitals. It contains virtual reality as well. Patients and surgeons exploit it positively. Surgeons use this technology to get a 3D model of the spine. This is beneficial during spine surgery.